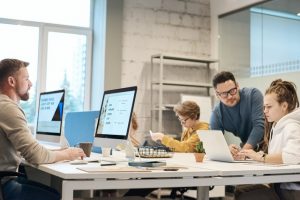 Companies are becoming more and more innovative in terms of technology projecting us into the future. These ideas from the American blockbuster can be scary, but really settle down as a possible future within everyone’s reach. These 5 companies have made technology their market to the delight of Matrix and Star Wars fans.

Bell, an American company, has teamed up with Uber to present its concept of the flying taxi. A very futuristic idea allowing to move in a luxurious environment. This flying cabin with a very futuristic look could well satisfy the users. It accommodates up to 4 passengers and has all the design and comfort of a luxury car. The technology does not stop there, users will be able to take advantage of an internet connection to surf social networks, launch a videoconference., listen to music and many other things. Defined as an electric helicopter, the craft still looks like a car from the greatest science fiction films. The objective of this company is to design air transport accessible to all to avoid the usual traffic jams. This Bell brand taxi concept aims to differentiate itself from its competitors by developing an offer adapted to all budgets.

Gemalto was recently selected by the “Bank of Cyprus” to launch the first payment card with a biometric sensor. This card allows you to pay using fingerprints instead of a PIN code. The technology makes payments with or without contacts only compatible on terminals installed in Cyprus. The card made up of a biometric sensor is presented as a new technology following on from Apple Pay. For total security, biometric data is stored only on the card, preventing any falsification of the means of payment. In the event of a problem, the PIN code is always available. Biometric technologies are emerging in the market and are taking hold as futuristic feats.

Technological innovations fascinate the greatest number, which can sometimes inspire series like Black Mirror where its exploitation on humans is criticized. The futuristic concept of the Thync helmet can be reminiscent of a famous episode of the British series. This helmet, which already happens to be a reality, allows you to change your mood thanks to electrodes stimulating the brain. The system then produces a calming or energizing effect on the person, so far nothing extraordinary and futuristic. The concept goes further thanks to an application to control emotions. This technology is part of a futuristic concept by this notion of control and command of the human being. Innovations developed on the human brain often give rise to many ethical and mental well-being questions. 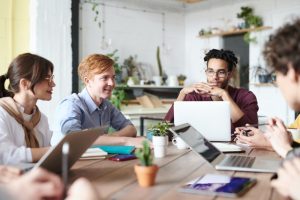 Smartwatches have become a very lucrative market since the launch of the Apple Watch. Always connected to all the characteristics of our body and our smartphone, that of Matrix PowerWatch stands out from the competition. Thanks to thermoelectricity, recharging your watch with the heat of your body becomes possible. This watch works with thermoelectricity, that is to say the heat of our body reconverted into electricity then recharging the watch. Its name clearly inspired by the movie Matrix alludes to its futuristic character presenting us as supermen. This innovative concept, noticed at CES 2018, has had a real effect on investors. The technologies of the future are a booming market and research wants to go beyond its limits.

Hyperloop One, The Super-Fast Train

Becoming very famous, this concept launched by Elon Musk presents a magnetic levitation train (producing a magnetic field between the rails and the train, causing it to levitate). These are capsules carrying passengers propelled at over 1,200 km / hour, almost reaching the speed of the sound barrier. This technical feat is about to become real and tests should be carried out in France during the coming years. Hyperloop one, the company developing the concept, ensures that it can do a Los Angeles / San Francisco, that is to say 600Km in the space of 30 min. Such an innovation is part of a revolution in the field of transport. The American company Hyperloop One has now been able to raise more than $ 160 million from numerous investors such as SNCF.“Ultimately, the Hyperloop will have the speed of an airplane, the comfort of a car, the simplicity of an elevator and the speed of a metro system” .

The Hyperloop revolution is still difficult to implement because it requires many technologies for the realization of the project, in particular for the magnetic levitation within the tube.

Be the first to reply